by mohit
in UK News
0


The locked-down county of Blaenau Gwent has the highest and fastest rising case rate for Covid-19 infection in the UK.

Latest BBC analysis has Merthyr Tydfil ranked seventh while Caerphilly, in local lockdown for three weeks, is one of the areas seeing the biggest falls.

There were five deaths involving Covid-19 in the latest week reported by the Office for National Statistics (ONS).

This is four more than the week before and 0.9% of all deaths.

The ONS reports registered deaths, which involve Covid-19 cases both suspected by doctors and confirmed by laboratories, and in different places, such as hospitals, hospices and at home.

There were two deaths registered in Flintshire, one in a hospital and one in a care home. The other deaths were in hospital involving patients from Caerphilly, RCT and Merthyr Tydfil. 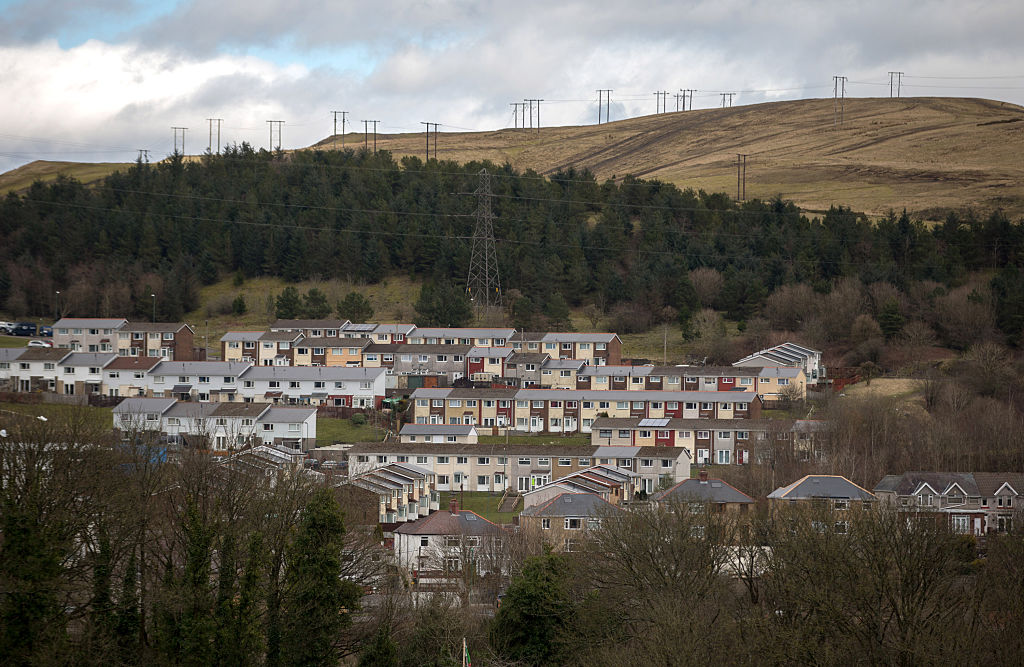 How hard hit is Blaenau Gwent?

The areas hardest hit for infection rate rises in recent weeks have been in the north of England.

Blaenau Gwent also had the highest rate of positive tests in Wales – 10.4% in the past week. Any figure above 4% is worrying for health officials.

A cluster of cases in the Brynmawr area in particular has been causing concern and a mobile testing unit was set up last week in Nantyglo.

Mererid Bowley, interim public health director at Aneurin Bevan health board, said she hoped it would “help us learn more about the rate of infection, help us protect the residents of Blaenau Gwent”.

CounciI leader Nigel Daniels also urged residents to “do what’s needed” and “help to fight off any second wave of this dreadful virus in Wales”.

How are businesses coping?

Darren Brice, landlord of The Castle in Tredegar, said just two people were in the pub on a Tuesday lunchtime and any further restrictions would be “devastating” for all pubs in the town.

“For some of them there’s been no coming back,” he said. “We seem to be the ones getting the blame.

“When you go to supermarkets, with thousands of people through their door every day, no track and trace, picking up items, I think it’s very unfair the hospitality trade has been singled out.”

Michael James has owned a hair salon in the town for 37 years but said the past couple of weeks had seen business go “very quiet”.

He added: “People are scared to come out. We’re hanging in there. Tredegar wasn’t exactly booming before all this happened.

“Most valleys towns are the same. I think a number of shops would be closing if this went on until March – half the town might go.”

How are other areas affected by covid?

Blaenau Gwent has overtaken another heads of the valleys area Merthyr Tydfil – which still has more than 217 positive tests per 100,000 and was also ranked seventh hardest-hit UK area.

These two local authorities are among 11 local areas, along with Llanelli town, which have been put into local lockdown.

Caerphilly now has one of the biggest falling case rates, lying at 50.8 cases per 100,000 in the most recent week, lower than the Welsh average and ranking 96th in the UK.

There are also “areas of concern” in other areas, including Conwy and Denbighshire, which have higher case rates than in the Vale of Glamorgan and Neath Port Talbot, where local restrictions are already in place.

First Minister Mark Drakeford is due to meet north Wales council leaders later to discuss coronavirus cases in the region.

The figure for the three other north Wales local authorities ranges from 13.6 in Gwynedd to 33.1 in Wrexham.

Part of the reason Vale of Glamorgan and Neath Port Talbot had restrictions imposed was the higher rates of the virus in neighbouring areas.

It comes as the so-called R-number – an estimate of the infection rate in Wales – has risen.

This measures the average number a sick person could pass the virus on to – so anything above one means it is spreading.

The R rate is now between 1.0 and 1.4 in Wales, however the true figure is expected to be higher, according to the Welsh Government’s scientific expert group, the Technical Advisory Cell.

Previously it was estimated at being between 0.7 and 1.2, with Mr Drakeford saying officials were “confident it is above one”.

Deaths during the pandemic in Wales

All causes and those involving Covid-19 by week

Meanwhile, the latest ONS weekly mortality figures show the total number of covid deaths in the pandemic in Wales up to 18 September was 2,575.

Cardiff has had the largest number of deaths with 389, followed by Rhondda Cynon Taf with 303 up to 18 September but the rate of increase has dramatically slowed down in recent months.

So-called excess deaths, which compare all registered deaths with previous years, are fewer than the five-year average for the most recent week.

Looking at the number of deaths we would normally expect to see at this point in the year is seen as a useful measure of how the pandemic is progressing.

UK farmers to need ‘thousands of foreign workers’ next summer

The week in polls: Biden gains on Trump nationally, leads in most swing states